Android is the most popular and used mobile operating system dominating over 70% of the global market share, with its direct competitor iOS, at just around 25%.

The idea behind Google’s mobile operating system, more specifically with respect to the way it was built from the ground up, sparked interest in Junior College student James Gatt's recent departure to Berlin!

At the age of 12, James was already showing invested interest in technology, to the point of eventually developing custom Android firmware for his device to extend its lifecycle beyond official device support.

As a result of Android's open source nature via the Android Open Source Project (AOSP), it was an intuitive way for James to get his grasp on low level programming, with the use of public documentation and free to use resources uploaded to the web.

Later on, after much experimentation and error fixing, the Google Nexus 6P handset, helped James develop his first ever custom distribution of the Android firmware, more commonly known as a custom ROM – often used as an alternative to the pre-installed factory firmware.

James continued getting familiar with the C programming language, as he progressed with expanding his know-how on extending an Android device’s lifespan beyond official support. In fact, you can follow James’ developments and updates via his GitHub page.

The number of Android developer conferences throughout the year reflect the fact that the community feels united on a global scale. In June, via the help and organisation of Google Developer Groups Malta, James gave his first ever conference speech in front of 25 people at Google I/O Extended Malta. The talk helped the attendees discover and learn more about the benefits of Android's open source nature and the AOSP, whilst giving James more confidence at public speaking. 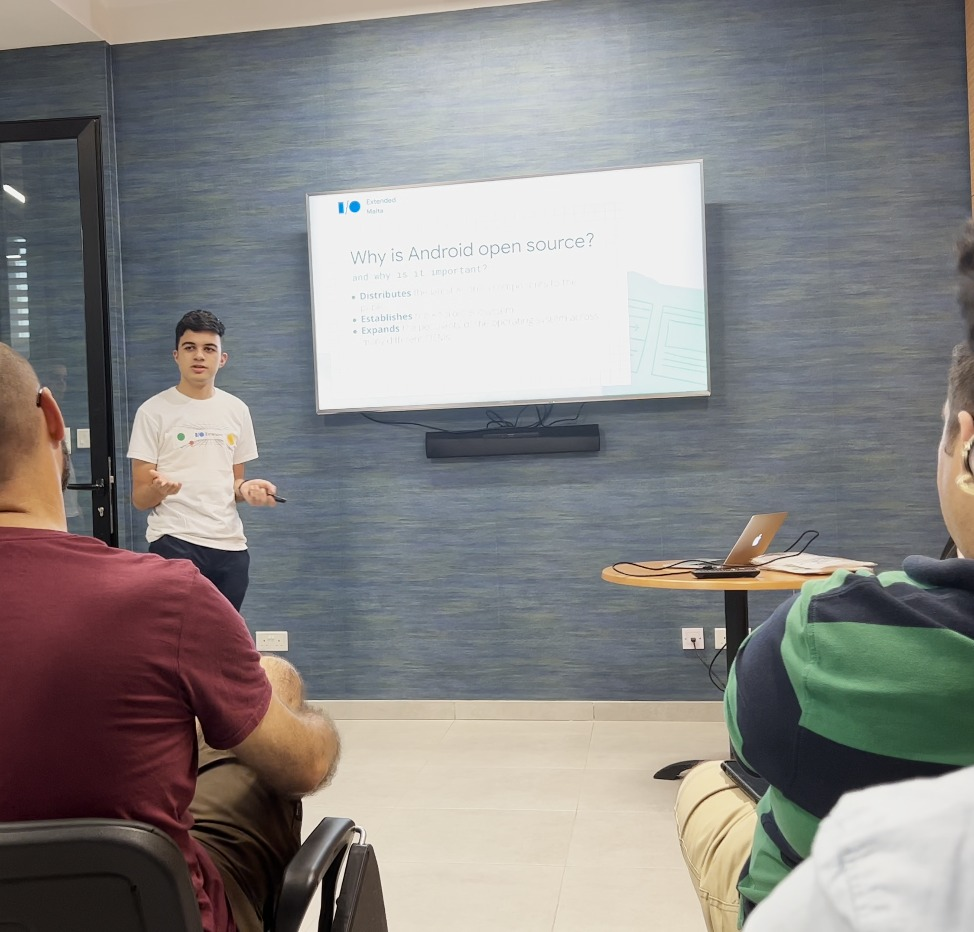 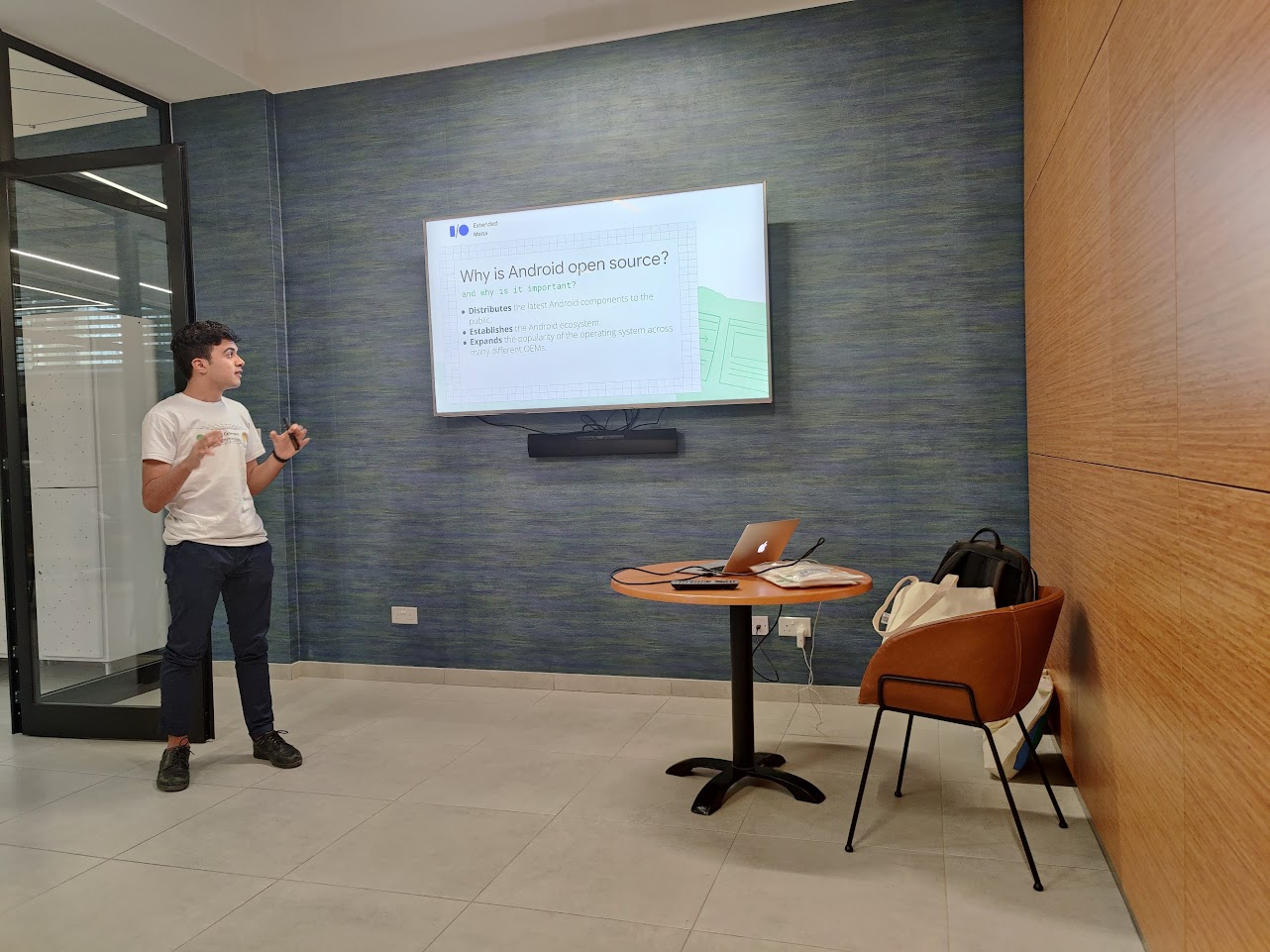 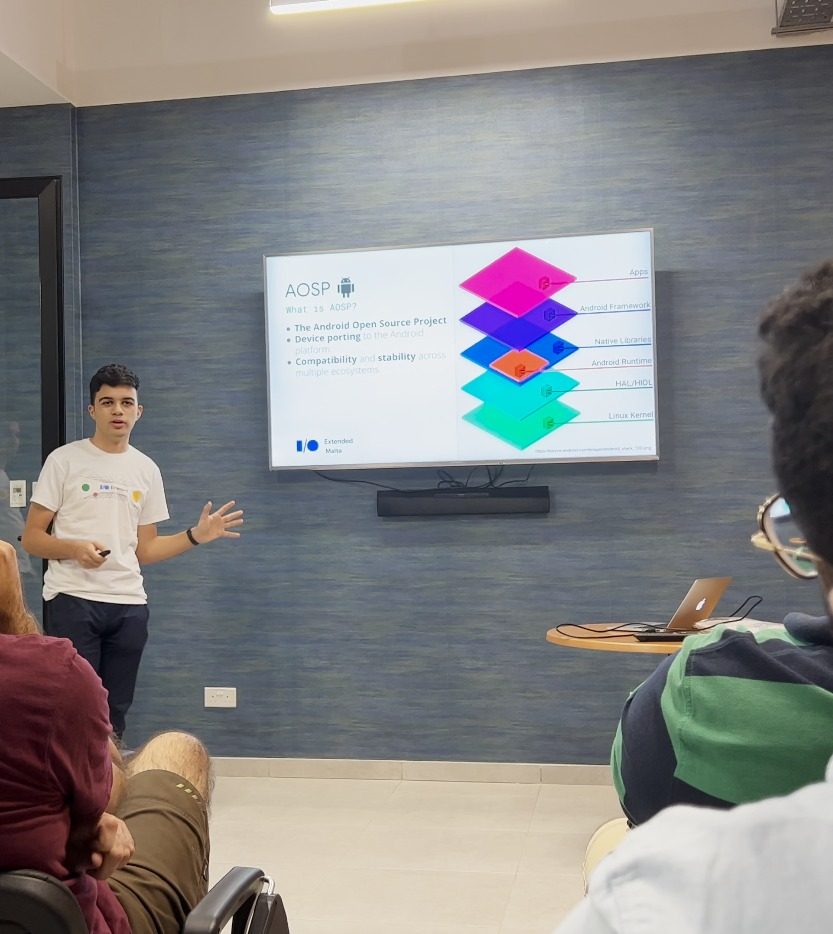 droidcon, a global Android Community, had planned their annual droidcon Berlin conference at the CityCube Berlin on the 6 July 2022. Seeing this opportunity, James decided that it would be a fruitful experience to apply to be one of the speakers.

Shortly after submitting his abstract, James got a reply from droidcon that his talk got accepted for July's event. Work on the preparation ahead of the conference was well underway! 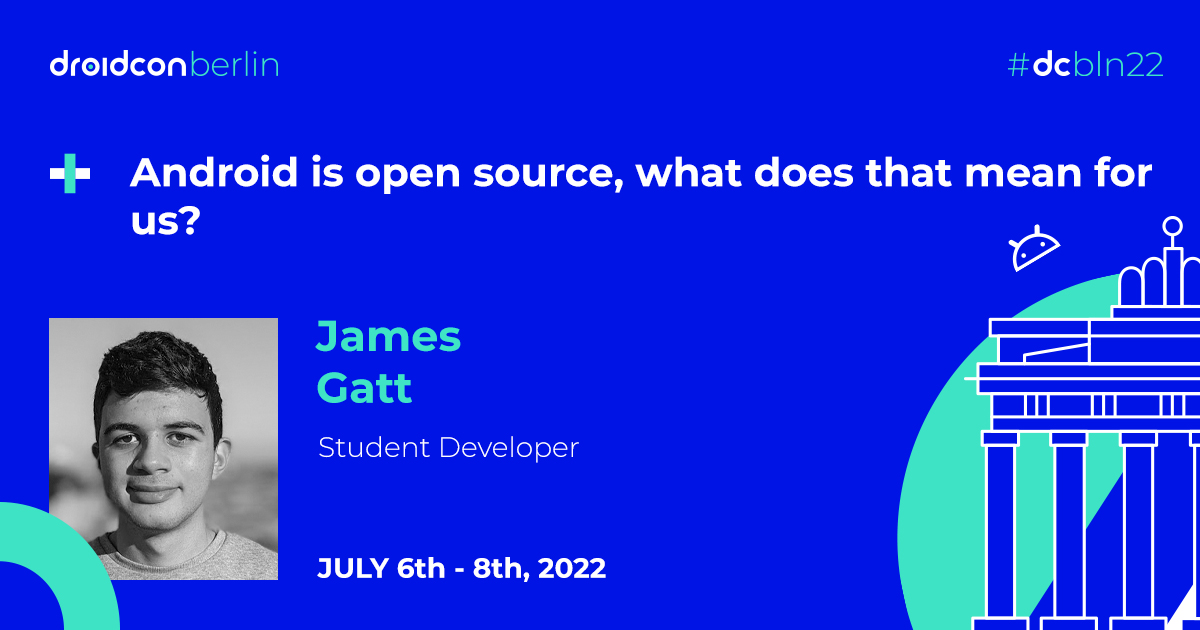 The first day started off with a welcome address which introduced the attendees and speakers to the event and a keynote by Jose Alcérreca, Florina Muntenescu and Wojtek Kaliciński entitled "Now in Modern Android" revolving around the developments of the Now in Android app.

"The environment and feeling around droidcon was welcoming and mutual. Everyone could share and express the same interests with one another. It's truly something I've never experienced before!", expressed James.

James continued by attending a busy schedule of events for the rest of the day including various meets and greets with sponsors and attendees at the venue. 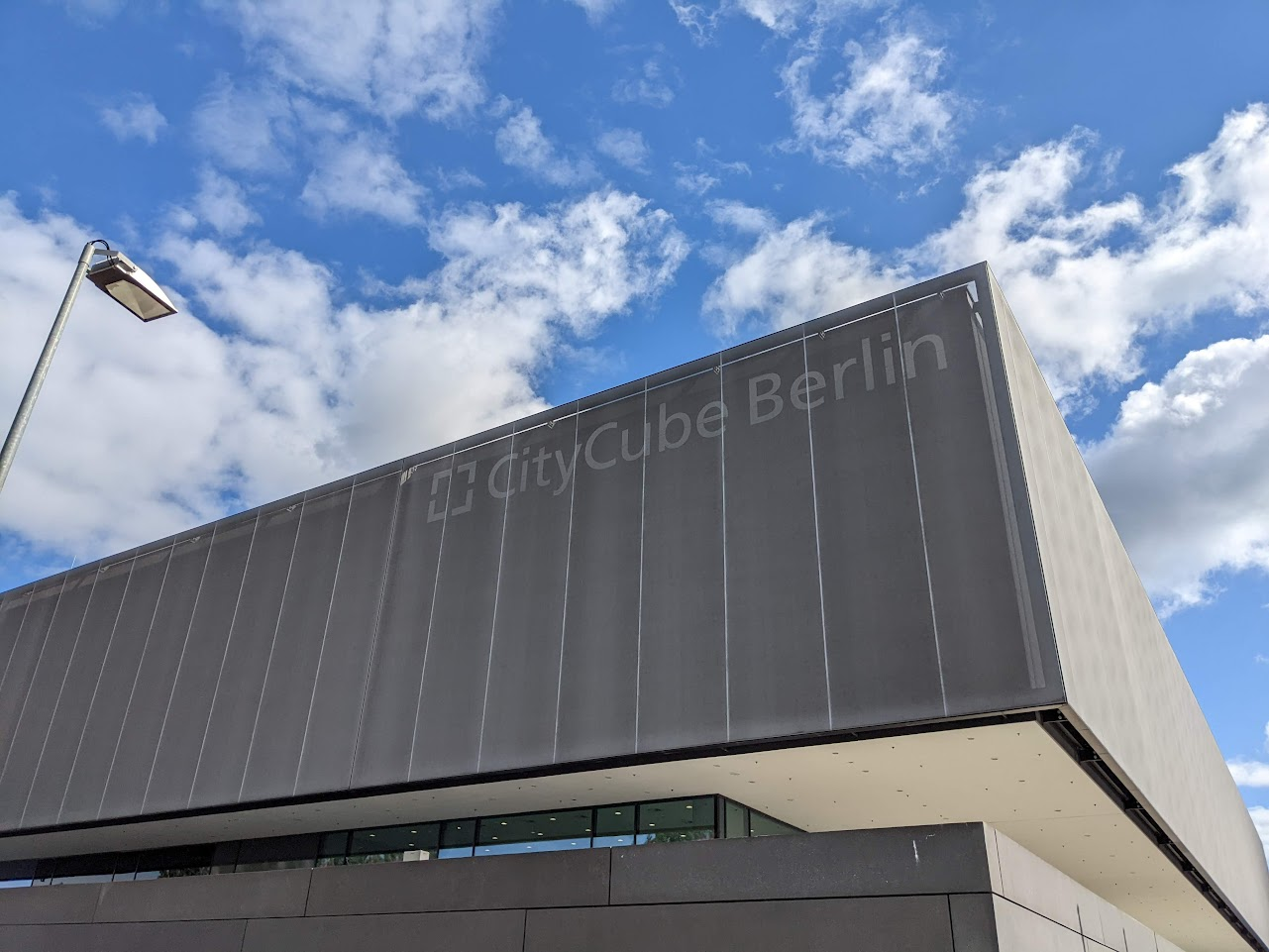 On the second day, James delivered his talk entitled "Android is open source, what does that mean for us? Following up his talk, James supported previous speakers by attending their respective presentations.

With Newspoint, he admitted that through this experience, he had put aside his fear of public speaking and was able to deliver a satisfying presentation to the audience. James avoided learning a pre-prepared script for his talks… Instead he had oriented and designed the slides accompanying his talk in a way that it can only remind him of certain topics that he can naturally follow by personal experience on stage.

Once the stage preparations were complete, a crowd of around 100 attendees were seated in the Hopper room to follow the presentation. 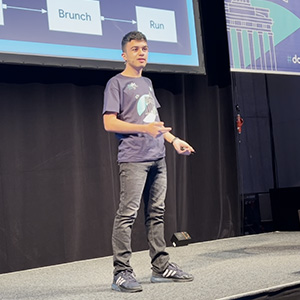 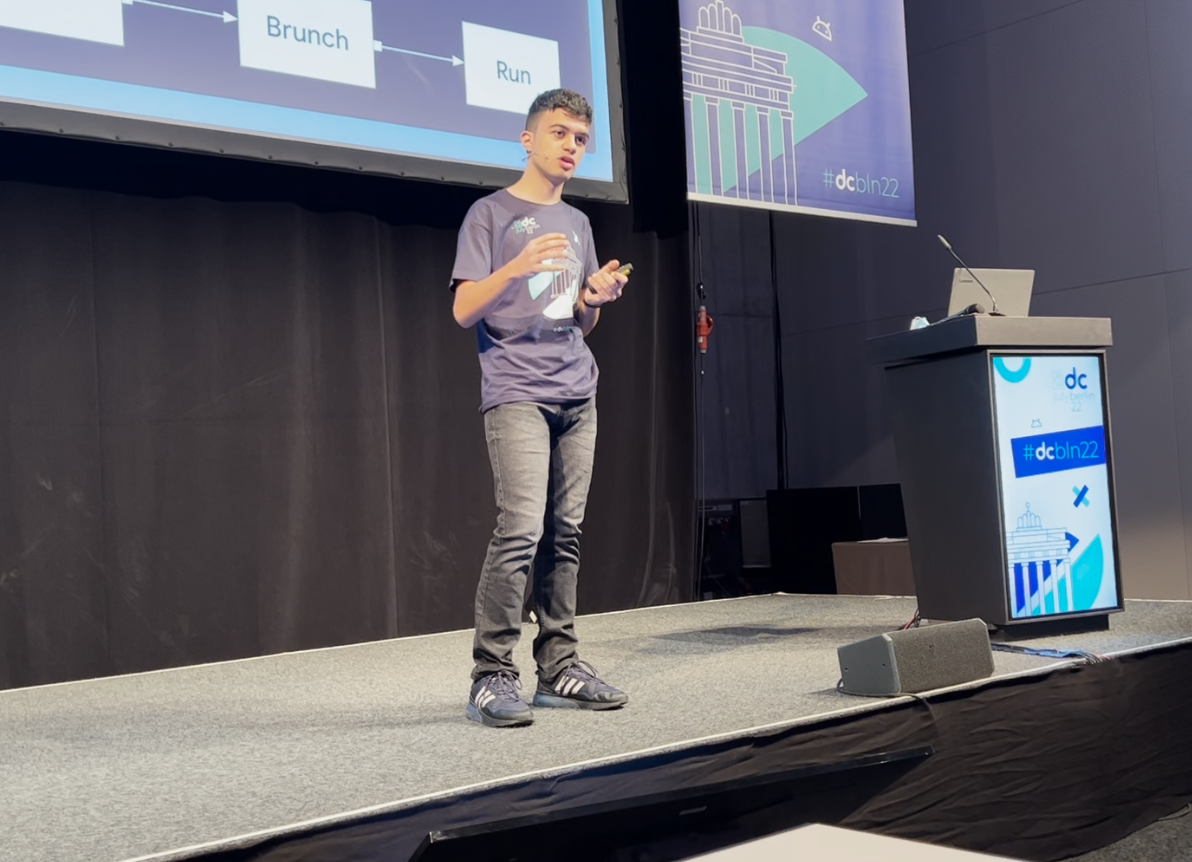 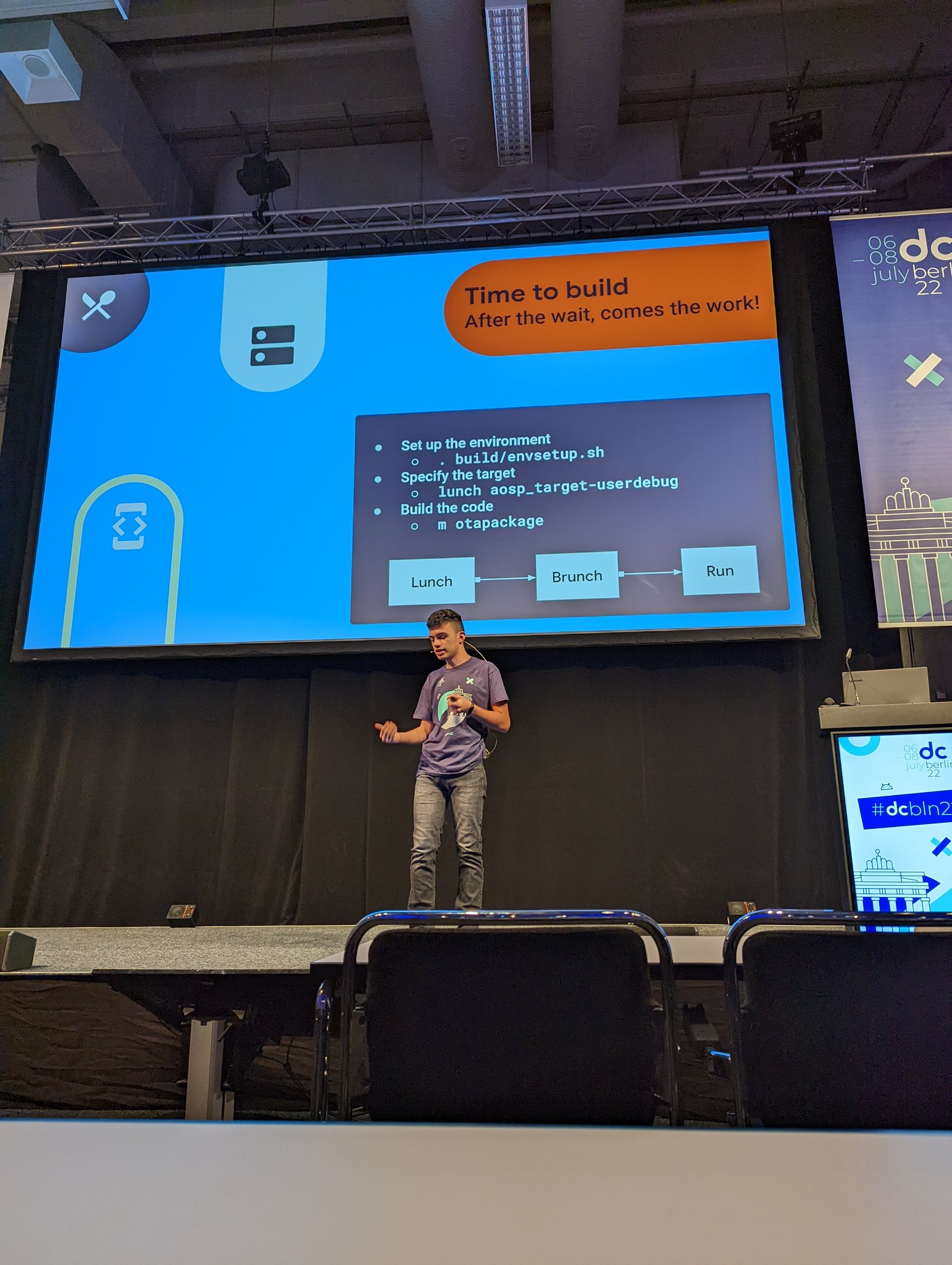 After the 20 minute presentation, many remained after the talk as a sign of appreciation and also to ask further questions pertaining to the subject matter, followed by an interview from Matt McKenna and Madona Syombua. James states that the interaction and connections with people was one of his biggest satisfaction of the whole event. The presentation will be uploaded later on via the droidcon website.

The final day of droidcon started off with some laughs and smiles after a comedy talk about Better Android Development (B.A.D) was performed by Ben Kadel and Viktor Stojanov. James also had some other opportunities to answer some last minute queries from those attending the event.

As the event drew to a close, it was time to actually sightsee some of Berlin. 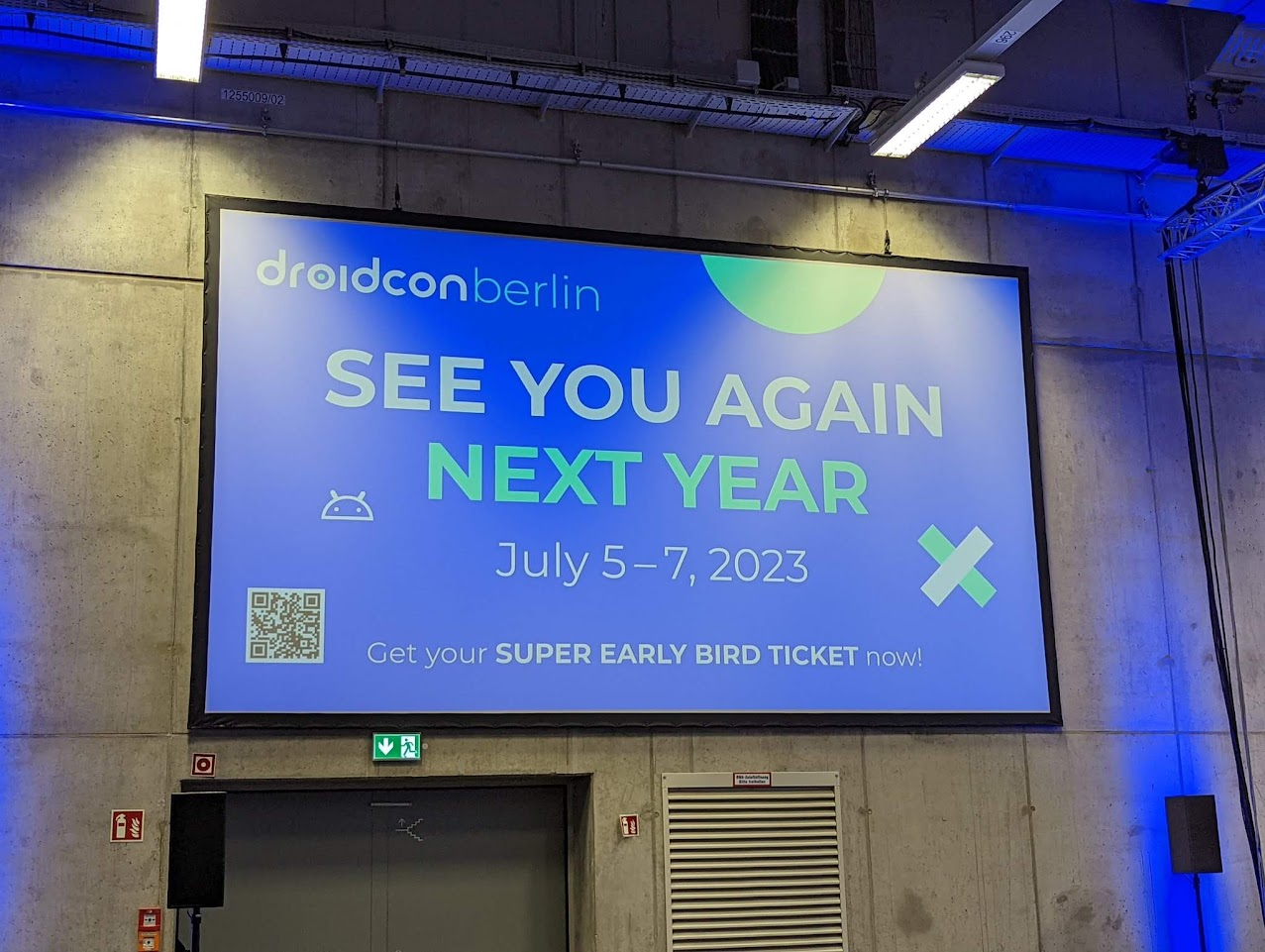 What's next for James?

After such a fruitful experience, James intends to keep learning about the uses of Android's open source nature and is open to giving more detailed talks at different conferences around the world. He plans on visiting droidcon Berlin at least one more time in person, after such a fun and exciting journey, and follows interest with droidcon London, happening later this year!

Tampering with your device’s firmware and/or bootloader will void your warranty. Ensure that any of the software utilised is coming from a reputable source/developer before installing, making sure to follow the instructions given in a careful manner. Check with your device/s’ manufacturer regarding your warranty before proceeding. We are not responsible for any liabilities / damages caused to your device/s.