The two teams of students who tied in the first place by designing the winning games, which are targeted at a younger audience of between 7 to 18 years, called Money Monster and Jarheads, received a monetary award which will help with Phase 2 of the project, the fine-tuning and  actualisation of the game design.

Thanks to a Memorandum of Understanding signed in March 2020, the University of Malta’s Department of Artificial Intelligence will also be able to sponsor students in the attending of seminars and conferences related to their studies.

The presentations were the students’ main method of assessment for this semester, and they were also able to utilise their own prototype to participate in a competition, which awarded the winning project based on adherence to four objectives, namely fun & engagement, interactivity, educational value and user-friendliness.

This project is the fruit of the 2017-2019 National Strategy for Retirement and Financial Capability for Maltese citizens, which had launched a number of projects aimed at enhancing financial literacy and thus help Maltese individuals be able to manage their debt, manage their daily budget, financially plan for the future and better understand the financial landscape.

The second phase of the strategic partnership, the winners will continue developing their games and package them to the general public. This phase is expected to be completed by the end of this year. 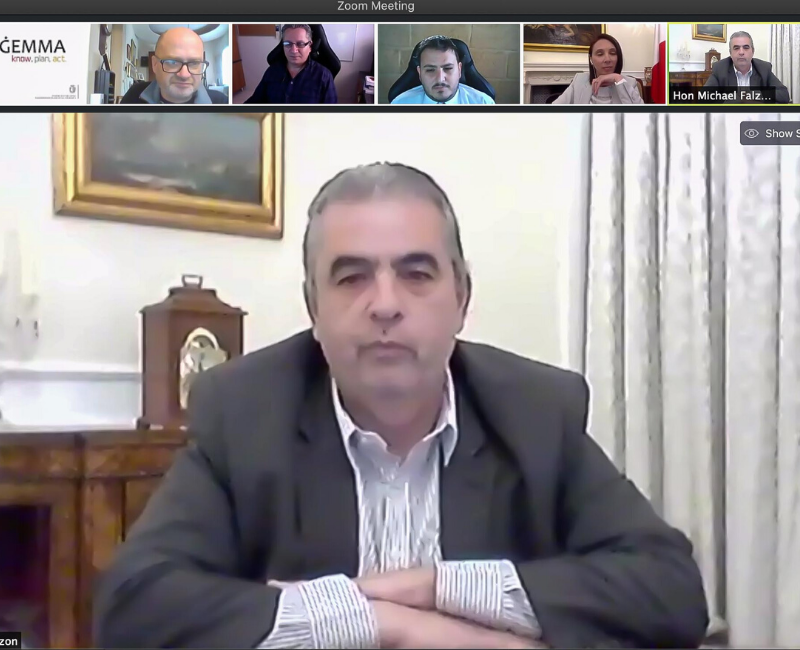 Minister for the Family, Children’s Rights and Social Solidarity, Dr Michael Falzon, praised the initiative, saying it marked a meaningful collaboration between the Ministry, the University and the students in the addressing business-related issues. He added that the students’ creativity and resourcefulness shone through and showed they are more than capable to design the prototypes of financial capability education e-games.

Permanent Secretary of the Ministry, Mr Mark Musu, who is ultimately responsible for the ĠEMMA financial capability platform, said the absence of financial capability gamification led to members of his office approaching the University’s Department of AI to involve the students through an assignment, and seven months later, the results of this MOU are starting to bear fruit.

Prof. Alfred J. Vella, University of Malta’s Rector, noted that this is a first for Malta, in terms of the students applying their education to practical situations – something which brought out the team spirit even more, and which will serve not just the students themselves far longer than the timeframe of the project, but their colleagues as well.

Dr Charlie Abela, AI Lecturer, who was the main contact point between the students and the Ministry, said this collaboration was a great opportunity to use the latest AI techniques while being encouraged to excel through a healthy spirit of competition.He was also grateful, he said, that the Ministry approached the University for this project, as this need to help disseminating financial capability fuelled the desire to find a solution for it, and resulted in these great projects.

Dr Joel Azzopardi, Senior AI Lecturer, said this study-unit was meant to, and is proof of the University's overarching aim of producing thinkers and disruptors in today's world - which is why talks by start-up experts were integrated into the method of delivery.