Professor Guido Lanfranco remembered at the University of Malta

Professor Guido Lanfranco can be described as a scholarly hero by communicating science and sharing knowledge. His contribution will live on at the University of Malta, a commemoration seminar took place yesterday at the Department of Pharmacy where several speakers who have had the opportunity to work closely with Professor Lanfranco shared their thoughts and experiences.

Professor Azzopardi reflects upon the memory of Professor Lanfranco by saying “Guido Lanfranco is described as a scholar who has shared his vision to share his knowledge with others. As head of department of biology at Sixth Form, today Junior College, he was not only focusing on passing the knowledge of biology to his students but very importantly on igniting the passion in his students towards knowledge.”

“Moreover I particularly remember the fieldwork trips he used to organise as an effective teaching method, whereby as a young student I started valuing the impact of such activities on learning. By commemorating Guido Lanfranco we are all reflecting on a model of how we can impact our students, on how we can communicate and share knowledge and science.” She continued. 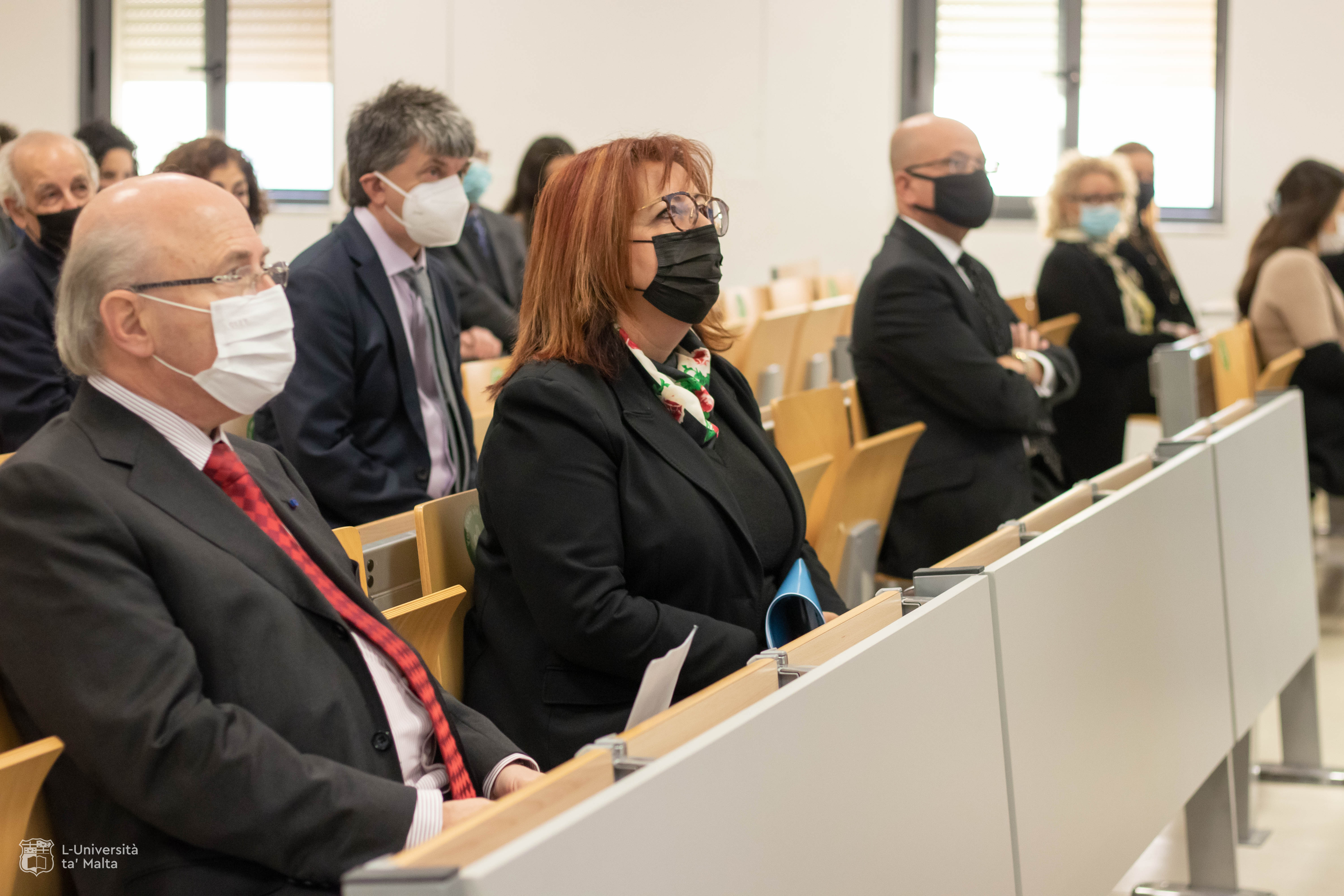 The Dean of the Faculty of Medicine and Surgery , Professor Laferla said “He has touched the lives of many, through his contributions in writings on medicinal uses of local plants, in biology education and in local culture. Guido Lanfranco actioned his vision through his prolific writing and active contribution to communicate science and share knowledge. We are fortunate to have the opportunity to consider the vision of Guido Lanfranco as an illustration of how he successfully communicated science and worked with various societies as an exemplary leader to rally a vision.”

Dr Debattista remarks how Prof. Lanfranco made a huge difference in his academic career, especially as a student, he describes Prof. Lanfranco a remarkable teacher that made a difference and he deserved all the recognition he got from Malta such as the Republic day honour and more.

Lastly, Dr Sandro Lanfranco, his son said that although the University was out of bounds to him at the time due to limited resources, he is being remembered with such honour. He described his father as being a very humble person. Professor Lanfranco had also received the Honorary Degree of Master of Philosophy in 2015 from the University of Malta for contributing to environmental awareness and the conservation of nature in the Maltese Islands. Most of the works he produced were in the last 30 years, some of his works consist of several drawings of herbs found in Malta and the book entitled ‘Hxejjex Medicinali’.