On Wednesday 1 December, the Dean of the Faculty of Laws, Dr. Ivan Mifsud, organised a seminar to launch Professor Judge David Joseph Attard’s latest work The Maltese Legal System – Constitutional and Human Rights Law. This volume is the third in a series, and the reprints of the other two volumes were also launched during this seminar. The event was addressed by the Dean, Prof. Patricia Vella de Fremeaux and Prof. Kevin Aquilina.

All praised the valuable and monumental work of Professor Attard and recommended the volumes to students, as they are the only texts which provide a comprehensive understanding of the Maltese legal system. In his closing remarks, Prof. Attard explained that the collection of works provides an interesting example of the cohabitation between Anglo-Saxon and Romano-Germanic legal systems. He stated that he was inspired to produce the latest volume when he was invited to join the English bar.

At a seminar for English barristers on the incorporation of the European Convention of Human Rights into English law, the participants were constantly being referred to New Zealand jurisprudence as example of the interpretation of the treaty by Courts in an Anglo-Saxon jurisdiction. The jurisprudence of Maltese Courts, which had been developing for a number of decades, was not considered as they were written in Maltese. The current volume includes English translations of human rights verdicts delivered by the Maltese Courts, thereby making them available to a wider worldwide audience.

Whilst reviewing the work, President Emeritus, Dr. Ugo Mifsud Bonnici described it to be a ‘masterly exposition of our law’ and that it is ‘…exhaustive, well written, up to date, it is not only notable for its academic value, it has also great pedagogical virtues. It can serve as an introduction to Maltese law for the Maltese student, as well as for the foreign lawyer who would wish to become acquainted with our way of dealing with law and legal problems’.

Furthermore, Dr. Giovanni Bonello, Judge Emeritus of the European Court of Human Rights, remarked that: ‘This work, meaningful and professional, takes non-lawyers gently by the hand, opens doors and guides readers through the mazes and mysteries of the main theoretical fundamentals of the law as well as through its practical legal structures’. 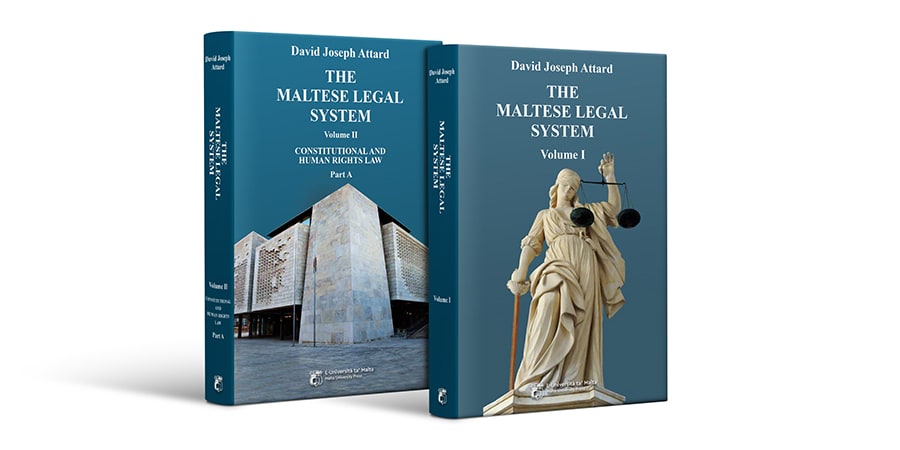