Twelve students reading for the B.Sc. (Hons) in Earth Systems recently participated in a field trip to Sicily as part of a study-unit titled “Dynamics of the Earth: Earth's Living Systems”, which introduces students to the functioning of the ecological systems that underpin the survival of all life on Earth. The students, accompanied by staff members from the Institute, explored the various ecosystems of Sicily’s Etna region during the two- day trip on 18 and 19 November. 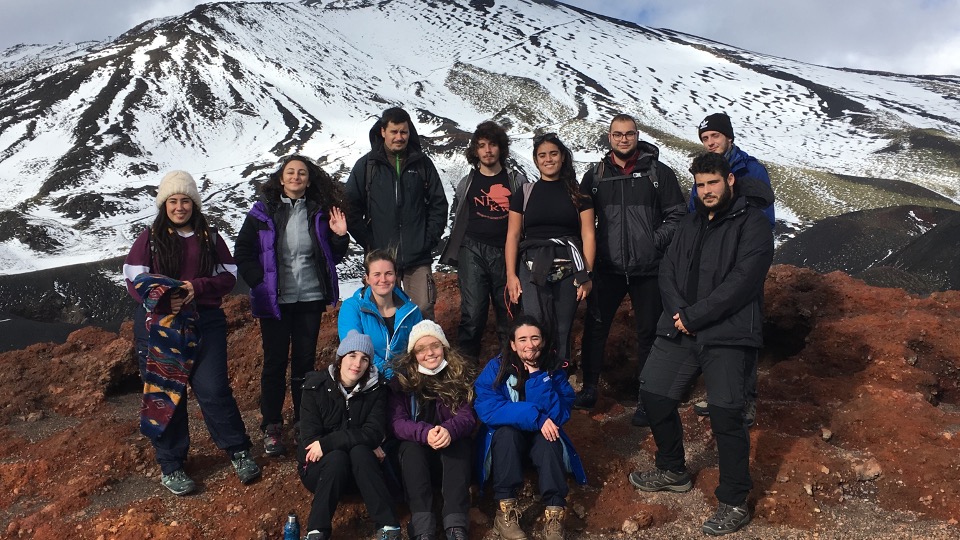 On their arrival, the students, travelled by cable car and all-wheel drive Unimog vehicles to the summit of Mount Etna at around 3,000 metres above sea level, where they were able to view both historic lava flows and the active Southeast craters. This summit excursion included a briefing on Europe’s largest and most active volcano, and was followed by a visit to the inactive Monti Silvestri craters at an altitude of 1,900 metres. 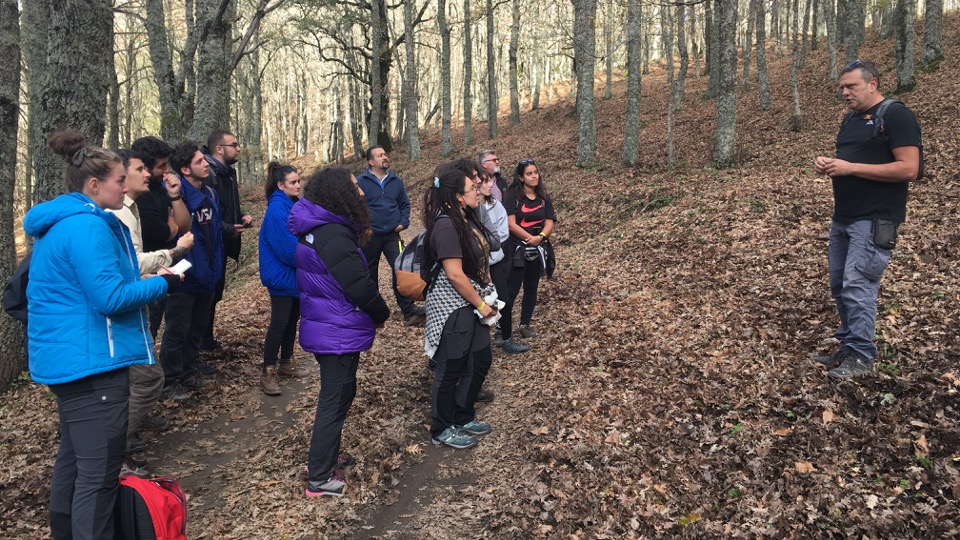 The next day focused on studying the geomorphology and biodiversity of the Etna region, including the Alcantara Gorge formed by runoff from Mount Etna and the Nebrodi Mountains, and the Bosco di Malabotta nature reserve situated between the Peloritani and Nebrodi mountains. This nature reserve is considered to have exceptional ecological value with trees such as maples, hazels, chestnuts and centuries-old oaks, as well as undergrowth consisting of peonies, hawthorn, Spanish broom and dog roses. The group also visited the Argimusco megaliths, monumental sandstone quartz rocks formed by natural erosion which tower over a high plateau to the north of the Bosco di Malabotta. 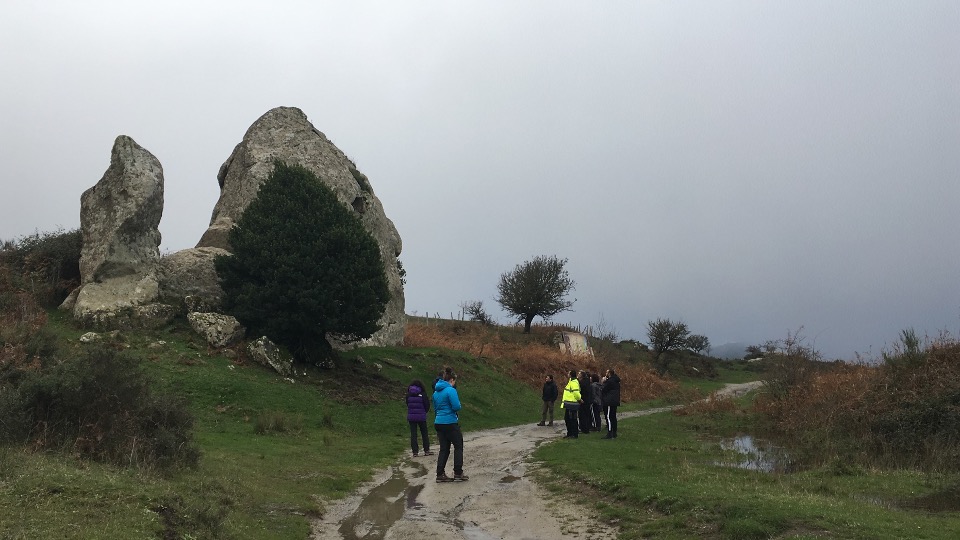 Experiencing new and diverse environments is key to students developing an appreciation of the ways in which the various Earth systems function and link together. This trip to Sicily is the latest in a series of recent field trips to locations such as Iceland and Tuscany, Italy, all of which form an integral part of the degree courses offered by the Institute of Earth Systems.