The collapse of the iconic Azure Window studied by researchers

An interdisciplinary group of researchers has completed a study of the underwater remains of the iconic Azure Window. The aim of the work, led by Prof. Joseph Caruana from the Department of Physics and Institute of Space Sciences & Astronomy, was to gain a better understanding of the collapse event, and to record the present state of the site underwater, which is subject to continued change via erosion.

Arches and stacks are very popular attractions around the world. However, the dynamics of stack formation and evolution remain poorly constrained. In the case of the Azure Window, the stack - consisting of the base that supported the pillar above the waterline - is completely submerged, thus presenting an additional challenge to its study. The peer-reviewed work, published in the academic journal ‘Geomorphology’, was carried out over nearly three years.

A better understanding of such a collapse event has to come from patient study of the submerged remains, mapping their location and measuring their size to enable a reconstruction of the collapse. This required multiple dives by a team of technical divers, led by Prof Caruana and Mr John Wood. The team surveyed the site, taking thousands of high-resolution photographs and carrying out measurements underwater. A detailed 3D-model of the seabed and the remains was then constructed via a technique called photogrammetry. 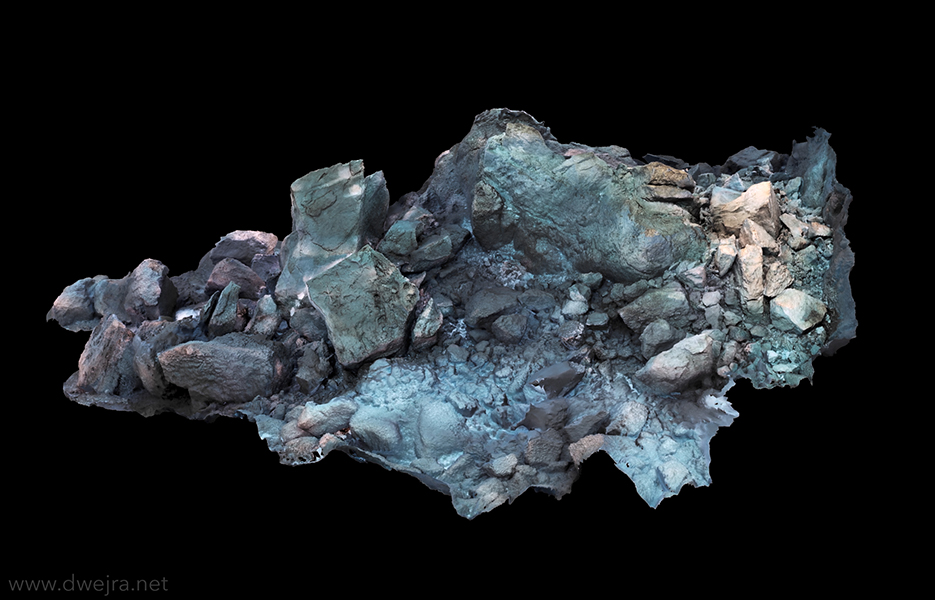 The work contributes insight into how such events occur, and the methodology that was employed can be used to characterise other similar events, write the authors. This can also help with assessing potential hazards, specifically in terms of predicting coastal arch collapse.

Using a purpose-built setup, with cameras and lights mounted on an underwater scooter, the researchers’ approach enabled them to efficiently survey the entire site, which approximately measures 8000 square metres. They were able to confirm that erosion at the base of the pillar resulted in the formation of a notch on its north-facing side. The base weakened to the extent that the pillar eventually gave way, falling towards the southwest and breaking into two main sections that separated along the lithological boundary (i.e. the partition delineating two different types of rock). Large sections from atop the pillar broke along existing joints in the rock, remaining relatively intact. The bridge collapsed vertically downwards upon losing the support of the pillar, and fragmented. 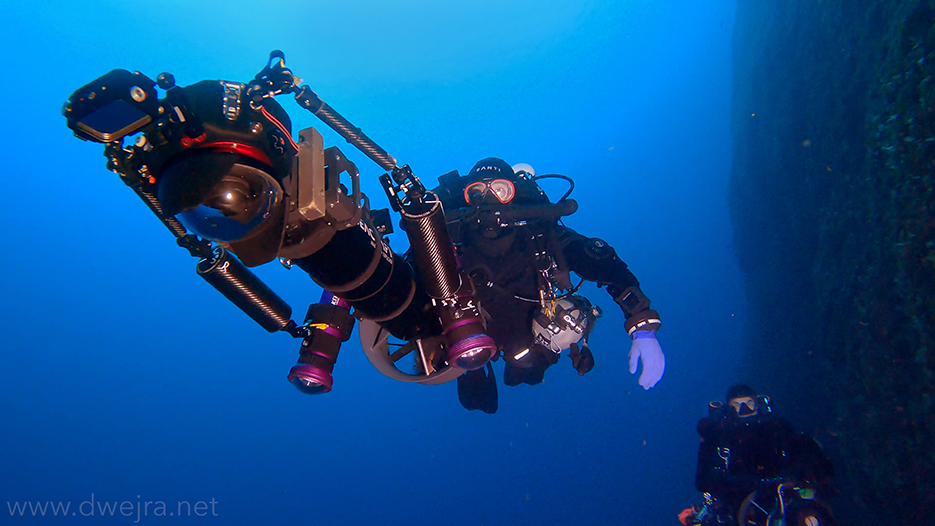 The work required undertaking long dives using rebreathers, a type of diving apparatus that minimises both the volume of gases used and the amount of decompression that is required. The latter meant that the divers could devote more of their time underwater to carrying out the required work, while reducing the duration of the slow ascent back to the surface.

Beyond the academic purpose of the study, the 3D-model can serve as a guide for the many divers that visit the site every year to explore the Azure Window’s remains. It also allows the non-diving public to view and appreciate the underwater site, which forms part of the Islands’ underwater heritage. The work also helps draw attention to Dwejra’s sensitivity and the importance to conserve this site.

Further information as well as a video documentary can be accessed via a dedicated website: www.dwejra.net.