MEDFEST: Investing in the future

Big ideas that change the world cannot and do not happen in a vacuum. They need researchers and inventors that bring them into the real world. They need entrepreneurs capable of creating business vehicles that ‘turn ideas into invoices’. And they need high net-worth individuals with an eye for potential and an interest in developing a varied investment portfolio. This is what MEDFEST was all about.

On 14 December 2019, around 150 people fitting the above descriptions came together at UM's Valletta campus to pitch ideas, network and inspire one another. During his opening speech, Malta's Parliamentary Secretary for European funds and Social Dialogue Dr Aaron Farrugia congratulated the productive partnerships that made the day possible, involving a grand alliance with colleagues spanning the world, from the I-KNOW project (financed by the Interreg Italia-Malta Programme), to the Centre for Entrepreneurship and Business Incubation at the University of Malta and its TAKEOFF Incubator, to the Universita di Messina, Universita Kore di Enna, and Arkimede, as well as Malta Enterprise.

The morning ended on a high with showcases and presentations led by enterprises from the UM’s student body based at TAKE OFF. From the Huskie Craft Beer company, to school lunch deliverables Munchbox and formula student team UM Racing. The team even ran the delegates through their newest build and their business plan for the coming year which includes experimentation with electric power. Step Up for Parkinson’s founder Natalie Muschamp also filled the audience in on her social enterprise which is now running nine classes per week in seven different locations for a group of around 200 people with Parkinson’s and their carers. The newly awarded Midalja ghall-Qadi tar-Repubblika pinned to her chest the day prior was a testament to her positive impact on the Maltese community.

Following a hearty lunch, everyone dug their heels in for the pitches. There was a total of eight; four from Malta, and four from Sicily; with an expert panel consisting of Smart Studios founder Johan Zammit, Malta Enterprise CEO Kurt Farrugia and Etherisc Chief Legal Architect Jan Stockhausen. Nicholas Borg from SENSE presented solutions that used the internet of things to save energy in hotels and accommodation services. Marius Ciavola proposed an ecommerce platform that will allow for cheaper and faster delivery service in the euro-mediterranean region. Rosella Vadala pitched her own invention--EDIPAK--which is an edible biofilm made from seashell extractions that not only protects food but avoids wastage from spoiling. Finally, there was Prof. Andre Xuereb who is using quantum physics to create unbreakable cybersecurity to applications in financial, security, government services and so much more.

The day concluded with a beautiful 18th century dinner at the Malta Maritime Museum sponsored by Malta Enterprise. To wrap up the evening Xuereb and Rossella won the popular vote for pitches and were awarded bottles of wine kindly gifted from Ta’ Betta Wine Estates. But while MEDFEST’s first edition may be over, its ripple effects will stretch on for a good while yet. A precedent has now been set for innovators in Malta and Europe. The proof is said to be in the pudding and the pudding lies with the three enterprises that are now being actively pursued thanks to MEDFEST. 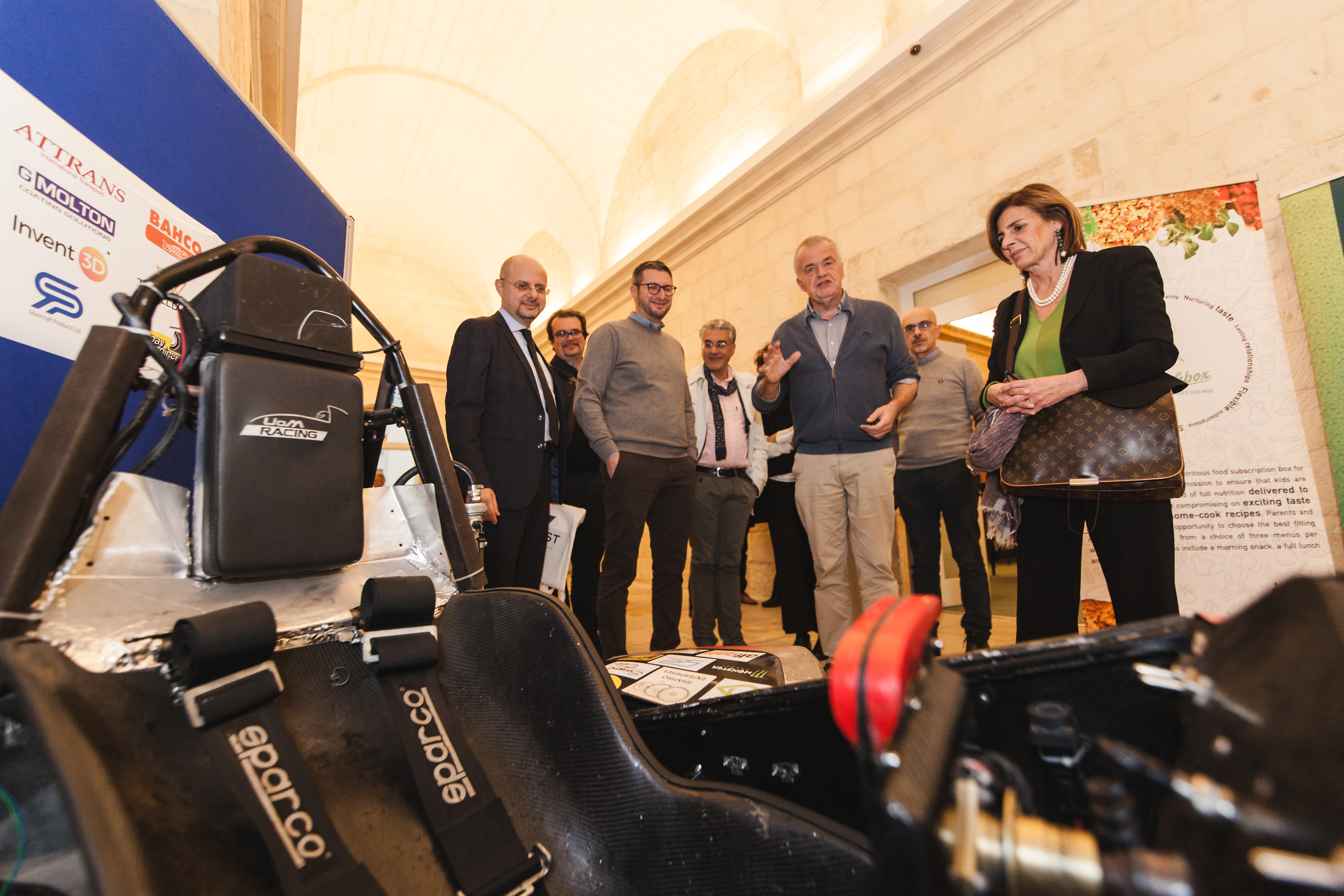